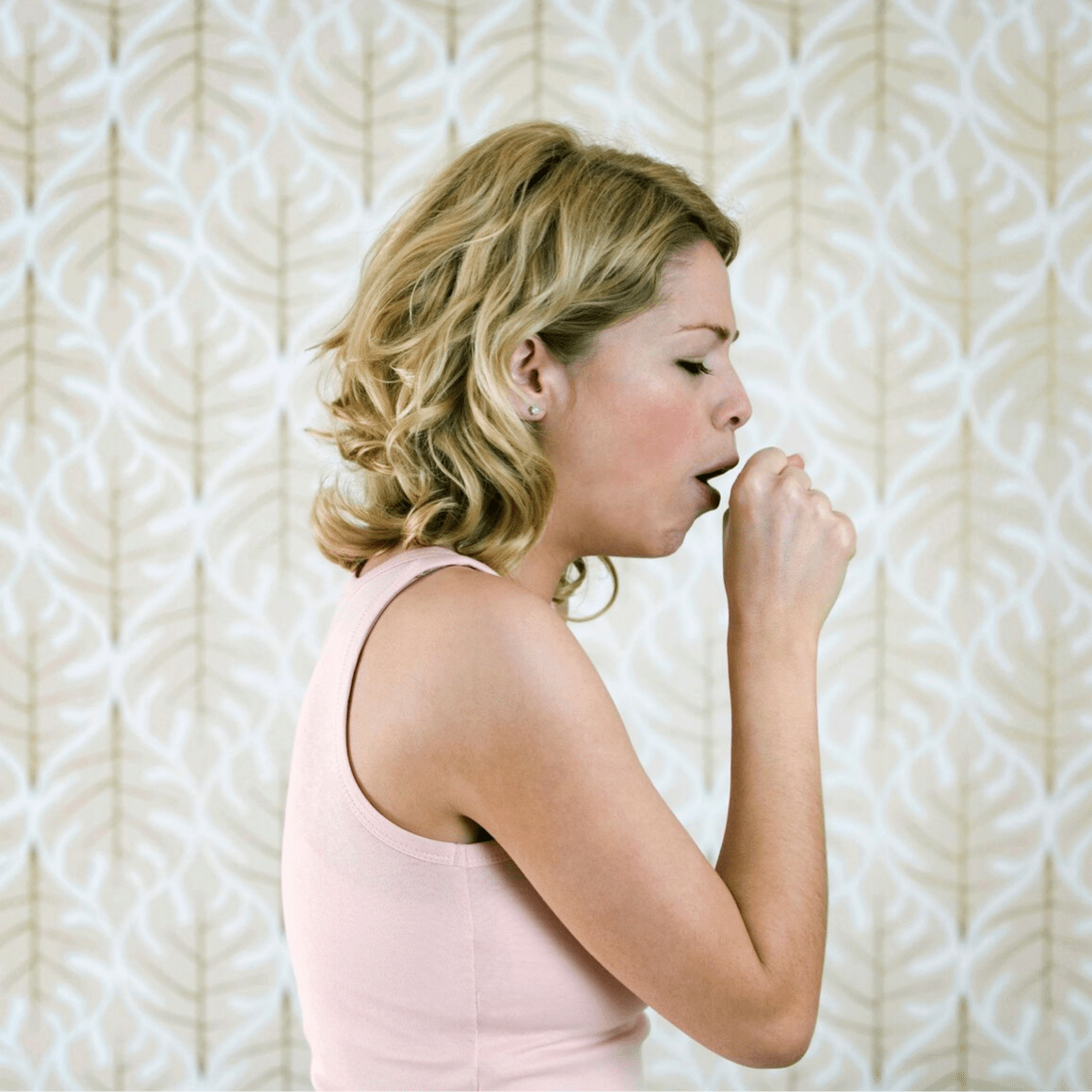 cough is a highly contagious disease that is characterized by violent coughing fits. It is caused by a bacterium that spreads through droplets projected into the air by someone with the disease, for example, when they cough or sneeze. In Québec, between 240 and 1600 cases of whooping cough are reported each year.

In general, whooping cough begins with the following symptoms:

After 7 to 14 days the cough then intensifies and becomes more frequent.

The fit of coughing is followed by a high-pitched intake of breath that sounds like a ‘whoop’. Hence the name ‘whooping cough’ is given to the illness. Sometimes, the sufferer may then vomit or stop breathing for a few seconds.

The illness is most serious in babies younger than 1 year. In babies less than 1 year old, the cough may be mild or absent. Sometimes, the main symptom is apnea, which is the repeated cessation of breathing.

The symptoms usually appear 5 to 10 days, sometimes even 21 days, after contamination. Whooping cough lasts 6 to 10 weeks. However, in adolescents it can last longer than 10 weeks.